Odyssey. The Sound. The Legend.

The historic ARP Odyssey. From those seriously funk-laden Herbie Hancock bass lines to George Duke’s snarling, in-your-face leads with Zappa, the Odyssey was amazingly versatile. Billy Currie (Ultravox) called it the first punk synthesizer, with an aggressive sound that cut through raucous guitars like a hot knife through butter. It’s about time for a re-creation of this duophonic analog synth legend, which nails the circuitry, sound, and feel of the original – at 86% of the size. How is it better than the original? Well, they added USB, for one, along with a new Drive switch and headphone output. Read more about the ARP Odyssey to find out why you really, really need one. 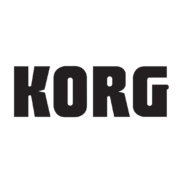 Synth devotees are enthralled by this re-creation of the ARP Odyssey. After all, the instrument was instrumental in arming keyboardists with an axe that allowed them to compete with guitarists as a lead voice. The Odyssey was used by a veritable who’s who of artists, including Chick Corea, Joe Zawinul, Herbie Hancock, George Duke, Gary Numan, Tangerine Dream, Elton John, Jethro Tull, Nine Inch Nails, Vangelis, Ultravox, DEVO, Kansas, Jean-Luc Ponty, Brand X, and many, many more. So you’ll be in very good company when you add the ARP Odyssey to your synth arsenal.

From its introduction in 1972, the ARP Odyssey gained a substantial following for its distinctive sound, which came in a wide range – shrieking leads, industrial effects, squelchy basses, and much, much more. Additionally, the Odyssey is duophonic – that’s right, you can play two notes at once (each one commandeering one of the two oscillators). It also has oscillator hard sync, which lets you craft those visceral tearing patches famously deployed by The Cars on their 1979 hit “Let’s Go.”

For the new Odyssey, the original design engineer, David Friend, was brought in as a consultant. Original schematics were deconstructed. Absolute authenticity was a must. For instance, it’s well-known that during its decade or so of production, the Odyssey sported three different filter designs. Type I was a 2-pole, with an open sound and biting resonance. Type II was a 4-pole ladder filter: round, fat, and rich – great for basses. Type III was also a 4-pole design and similar in many ways to its predecessor, but smoother and silkier when you pushed the resonance. Well, the new Odyssey contains all three filter types – all available at the flick of a switch!

The Odyssey gives you generous modulation options, including two envelope generators – an ADSR and an AR. Another feature is Sample & Hold – which allows you to modulate your pitch and filter settings using a variety of waveforms. The S/H section also includes the Output Lag slider, which generates a glide effect between voltage steps, effectively rounding off the edges of the LFO waveform. When you set the LFO to be triggered via the keyboard, this gives you an outrageously cool auto-wah effect on each note you play. And using Ring Modulation in conjunction with oscillator sync or the wealth of pitch modulation available, you can create all manner of clangorous, thunderous – and completely magical musical mayhem.

You’ve got to experience this formidable synth

The Odyssey’s Keyboard Gate and Keyboard Repeat switches let you forge all sorts of pulsing lines, perfect for bass. The Odyssey is a formidable synthesizer, and it’s packed with many more unique, useful features, including Portamento, Proportional Pitch Control, a white/pink noise generator, CV, Gate, and Trig in/out patch points – and a new Drive circuit that takes the instrument’s storied sonic pugnaciousness to a whole new level. But we’ll stop here and simply say that if you’re into analog synthesis, you owe it to yourself to have a sound design session with the ARP Odyssey. Be forewarned though: there will be no going back.