Immerse Yourself in a Semi-modular Sonic Wonderland

Few synthesizers are as celebrated as the original 2600, and now Behringer has brought the venerable semi-modular workhorse to the masses in an affordable 8U rackmountable format. Teeming with vintage vibe and old-school analog flair, the Behringer 2600 leans into its normalled signal path and patch-point architecture to provide intrepid synthesists with a powerful sound creation platform. Whether you’re chasing classic synth sounds or concocting future-facing musical manifestations, the Behringer 2600 arms you with a wealth of audio design tools, including three beefy VCOs, a multimode VCF, mountains of modulation, and inexhaustible routing options. With 78 faders and switches, 83 patch points, and Eurorack compatibility, the Behringer 2600 has challenged synthesists to tap out its creative potential. So far, we can’t! Totally authentic and absolutely absorbing, the Behringer 2600 is a sonic wonderland for analog aficionados and modular marauders alike! 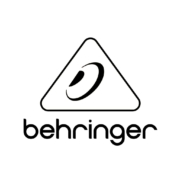 Authentic re-creation of a synth legend

In the early days of modular synthesis, systems were massive, wall-filling monstrosities, typically relegated for use in academic facilities or recording studios. So, when the 2600 hit the scene in 1971, it presented artists with a way to bring the awesome power of synths to the stage. Moreover, it served up a normalled signal-path for players who wanted to access sounds quickly without having to physically patch together the modules using patch cables. With its semi-modular design, the Behringer 2600 sounds spectacular just using the hard-wired pathways. But, if you want to start getting experimental, just break out your trusty patch cables and see where serendipity takes you!

Outfitted with three VCOs, the Behringer 2600 boasts the signature girthsome tone of its predecessor, which lends itself to brutal bass sounds, gritty leads, and crystalline plucks. VCO1 features independent sawtooth and pulse wave outputs. While VCO2 and VCO3 furnish independent outputs for triangle, sawtooth, sine, and pulse wave (with pulse width modulation), as well as oscillator sync. Additionally, you can set all three oscillators to low frequency mode for use as LFOs to modulate the 2600’s myriad parameters, and they have numerous CV inputs for frequency modulation via LFO, sample & hold, ADSR envelope, and more.

A tale of two filter circuits

The Behringer 2600 comes with not one, but two selectable lowpass voltage-controlled filter circuits: the 4012 and 4072. Though these are both four-pole resonant filters, they have some significant sonic differences. Featured on all of the 2600 revisions up to 1976, including the 2601 Rev 1, the 4012 filter has a similar disposition to a certain legendary ladder filter. Chock-full of growling attitude with a greasy resonance, it’s an absolute monster. Introduced on the 2601 Rev 2 in — the unit from which the Behringer 2600 gets its eye-catching black and orange aesthetic — the 4072 is a more laid-back variant. It features a lower maximum cutoff frequency than the 4012 (11kHz versus 16kHz) with a smooth resonance, ideal for more refined bass patches and swells. And, like all of the 2600’s modules, the VCF’s parameters are controllable by hand or CV control through its corresponding inputs.

One of the aspects of the Behringer 2600 that makes it a such a soundscaping powerhouse is its bevy of modulation sources. These include the usual suspects like sample and hold and ring modulator, as well as more rarefied beasts present in the 2600’s voltage processor section. Accessible only via patch cables, the voltage processor section comprises two inverters, a lag time control, and an envelope follower, opening up the Behringer 2600 to possibilities far beyond traditional fixed architecture subtractive synthesizers. Additionally, the Behringer 2600 boasts four linked parallel connections that function as both inputs and outputs and can be used to duplicate and combine signals.

Modern features make the most versatile 2600 yet

While Behringer went to great lengths to remain authentic, they didn’t pass on the opportunity to bestow upon their iteration some updated features which expand on the functionality of the original unit. For instance, unlike the original 2600, the Behringer 2600 contains a dedicated LFO, meaning you won’t have to sacrifice one of your oscillators to use as a modulation source. The Behringer’s 8U rack-mountable form factor is another welcome riff, giving users more flexible mounting options. And synthesists enjoy the color-coded LED faders that shine brightly on a darkened stage and serve as a helpful visual shorthand while shaping patches during a performance.

On the Behringer 2600, all roads eventually lead to the mixer section, which houses the 2600’s voltage-controlled amplifier and stereo output, plus a stunningly realistic spring reverb emulation to add the final dash of atmosphere to a patch. To its left sit the 2600’s dual envelope generators, a traditional 4-stage ADSR and a simplified AR with a push-button manual retrigger and another fun twist — a time factor switch, which allows you to double or halve the envelope’s total duration in an instant.

Akai MPC One Sampler and Sequencer
Scroll to top