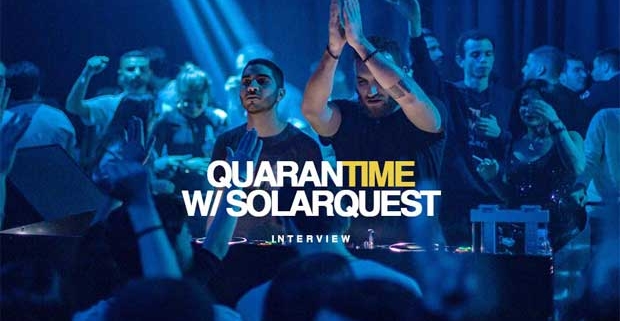 Solarquest is a Beirut-based electronic music duo consisting of Moe Ismail & Moe Khatib. Their project was born in January 2020, releasing their first ever single “Choreography” on the infamous “Parquet recordings” in February. The key to achieving a successful partnership is to complement each other and equally admire the passion of music, that’s where Solarquest respectively combine their various taste in the studio to craft the sounds that will send you to another dimension. Both members graduated from Per-vurt and are currently being supported by the likes of Tale of Us, Øostil and many others. 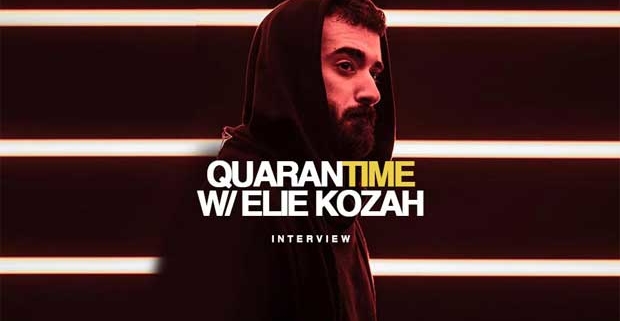 Elie Kozah is one of the young artists in the underground electronic music scene in Beirut, Lebanon. Elie’s passion lies in achieving the perfect balance of aesthetic quality, music authenticity and purity. Elie was first introduced to the world of music at a very young age. Not only is he known as one of TeknoAnd’s resident DJs, he is also a very talented bassist with ten years of experience. As Elie went deeper in establishing his unique style of techno, he decided to deliver a type of musical vibe that feels like it is coming from outer space. 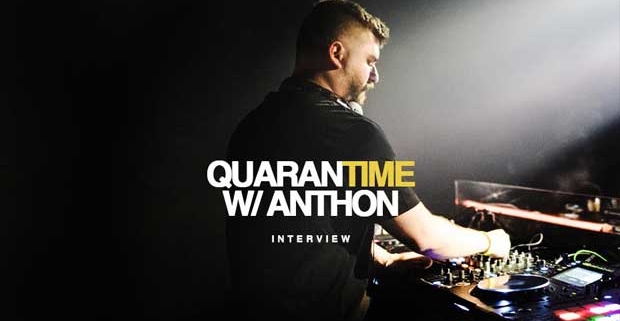 Anthony Hachem AKA ANTHON, a Lebanese based DJ and Producer that rose with the Techno scene in Beirut in 2015, sharing the decks with the world’s biggest artists such as Dubfire, Stephan Bodzin, Mind Against, Agents of Time, Mathame, Timo Maas, AudioJack, D-Unity, Citizan Kain, Pablo Bolivar, German Brigante, Reinier Zonneveld and many more! 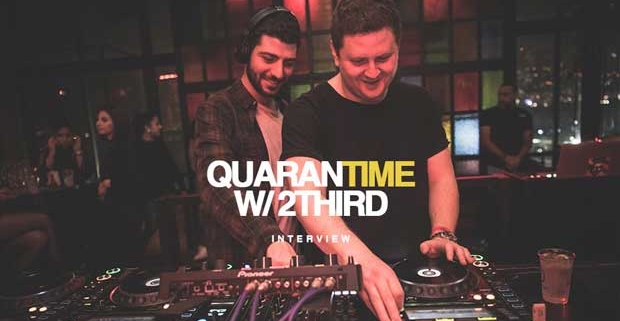 2third is a musical duo that was formed by two childhood friends in 2015. Their unique musical taste and genre lead them to become Beirut and the region’s fastest rising duo. Residents at the notorious AHM & The Grand Factory, they shared the stage with industry’s legends Solomun, Tale of us , Carl Cox, Nina Kraviz, Black Coffee and Marco Carola to name a few. 2third recently launched their first track “Satis’ 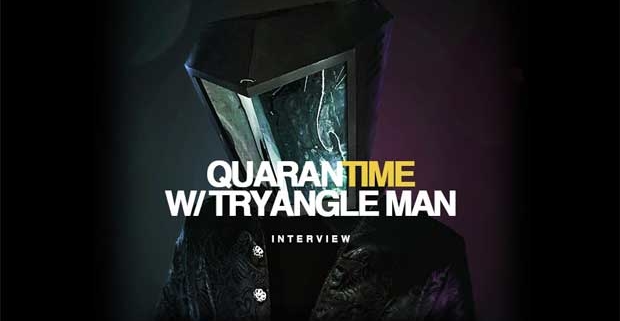 From a distant universe, Tryangle Man is an intergalactic being with a story to tell. Whether he is expressing himself through emotional compositions or performing club focused live sets, you will be transported to a world of wonders 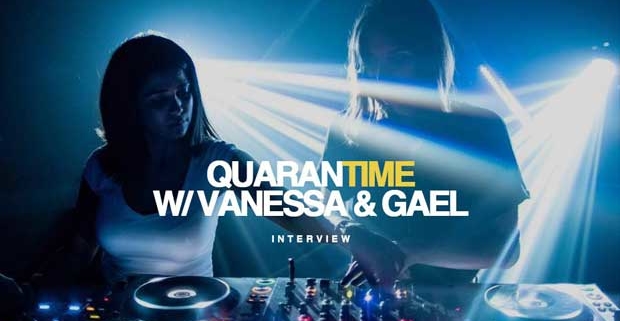 Gael & Vanessa, both born and raised in Beirut, have been injecting soul into music since 2012. Their sound is aimed straight to the crowd!
In 2018 they were hosted on Per-vurt Sessions playing a one hour non stop live mix at Per-vurt studio.. I’ve had a chat with the charismatic girls about their quarantime and their insights about the electronic music industry 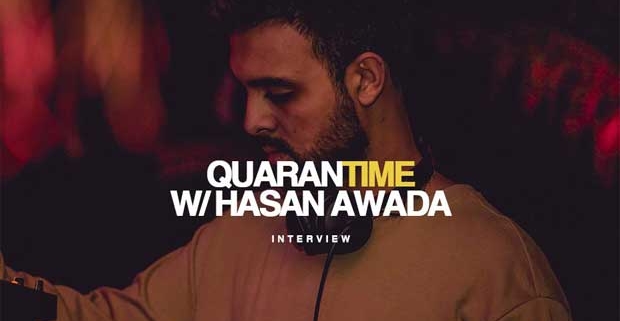 Hasan Awada’s awareness about electronic music began in the car with his mother, at the age of 13, listening to the prominent John Digweed on the radio. And this is where the love affair with electronic music started. After striving and working hard, experimenting and learning, he got the chance to perform in several venues across Lebanon. He is currently a DJ, producer, tutor at Per-vurt DJ School, and the Music Director of ONE40. 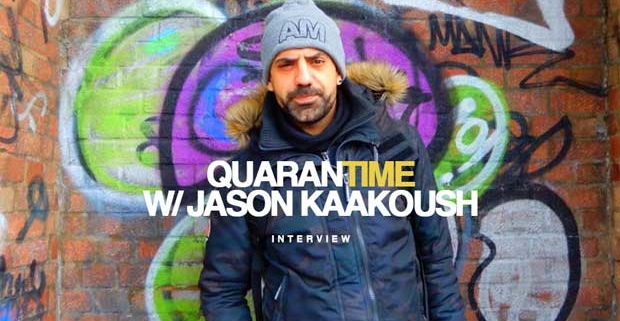 I’ve known Jason for a very long time and since then i always discover a new bright aspect about him every time we meet. However dynamic he can be, his truth to himself and to others, his honesty, love, and respect all remain intact and unalterable. I’ve had a chat with Jason asking him about his quaranTIME and how he’s going through it, as well as reviewing with him his favorite hits, plugins, DAW, and delivering his advises to the upcoming talents. 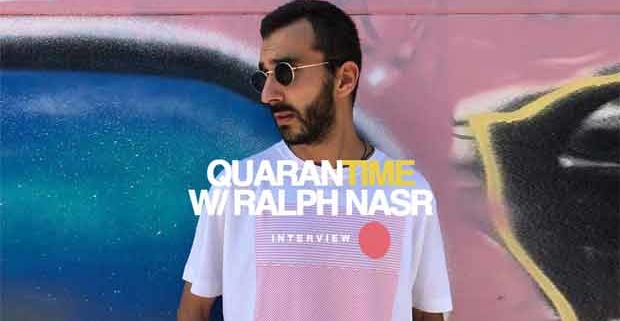 A good number of DJs excavate into the electronic music colliery and get out all covered with coal dust and dirt. It’s very rare and almost a day-dream-like scene to witness a deep digging miner so polished and spotless. Ralph Nasr is one of those very few pristine DJs whose silence hides a deep blue sea of goodness, and whose sore eyes gaze at his own declaration of self awareness through his experiences. I’ve had a chat with Ralph and asked him about Vinyl, quaranTIME, his favorite tracks and much more. Can’t wait until we go back to Per-vurt School and discuss his Vinyl DJ Course! 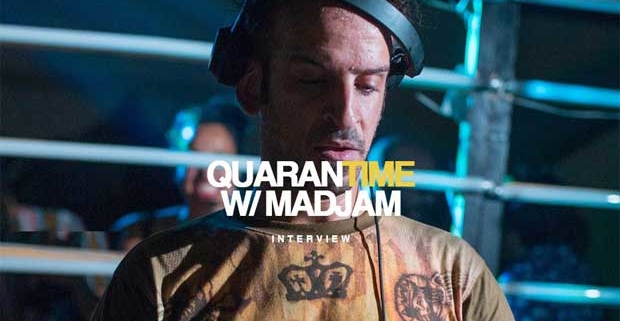 There are people who discover a passion about mixing and making music, therefore become potential “artists”, and there are people who are born with an inner magnet, a potential that attracts art itself which gets manifested through them. Madjam is one of those agents of love who have always been carrying, and carried by, that force of unity on which art is based, since the genesis of the electric music scene in Lebanon. I’ve had a chat with the mad jammer asking him about his quaranTIME and how he’s going through it, as well as reviewing with him his favorite hits, plugins, DAW, and delivering his advises to the upcoming talents..